(Please note, these books are listed roughly in ascending order of difficulty) 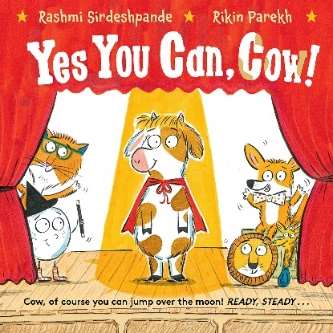 Yes You Can Cow by Rashmi Sirdeshpande

Yes You Can Cow is a hilarious twist on a familiar nursery rhyme package with a positive message. Cow is busy rehearsing for Hey Diddle Diddle but really does not believe that she can jump over the moon. She needs the support of all her fellow actors to overcome her fears and become the star of the show. 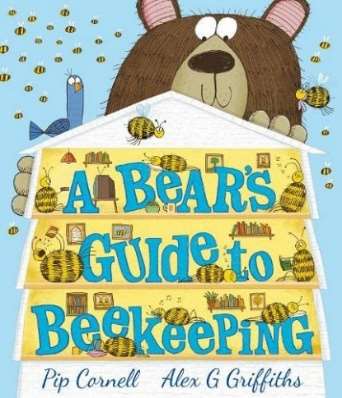 A Bear’s Guide to Beekeeping by Pip Cornell

A Bear’s Guide to Beekeeping is a hilarious spoof manual detailing how to keep bees! It follows Bear as he tries his best to master the required skills, however it’s just not that easy for him to follow the simple instructions – much to Pigeon’s frustration. Attractive, colourful artwork depicting Bear’s mishaps is full of witty detail and provides an alternative visual narrative which contrasts with the text. The back of the book includes interesting bee facts, with plenty to fascinate budding Beekeepers. 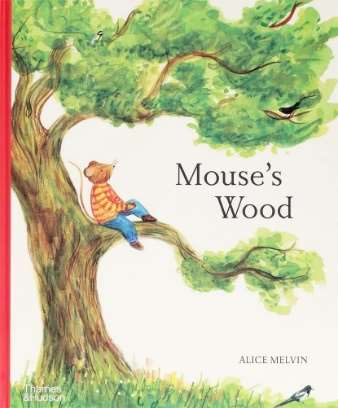 Mouse’s Wood is a gentle wander through the seasons of the year. With lift-the-flaps and gentle rhyme, the story is a delight. The beautifully illustrated map on the preface allows readers to track Mouse’s progress, with the seasonal evolution subtly detailed through the surrounding trees. As Mouse wanders he meets all of his forest friends and every time he meets someone new, readers can take a little nosy inside their house. 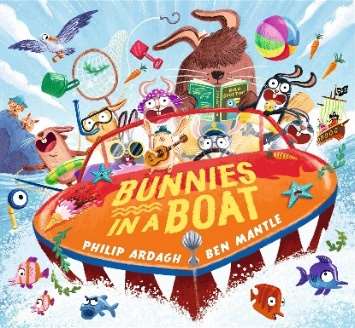 Bunnies in a Boat by Philip Ardagh

Fresh from Roald Dahl Funny Prize winning author Philip Ardagh, and coming on the back of ‘Bunnies on a Bus’, Bunnies on a Boat is a riot of colour and action. The rhyming text immediately creates pace and is wonderful to read aloud, while children will love to join in with the repetitive phrases. With so much to explore
on every page, this is a hugely entertaining picture book. 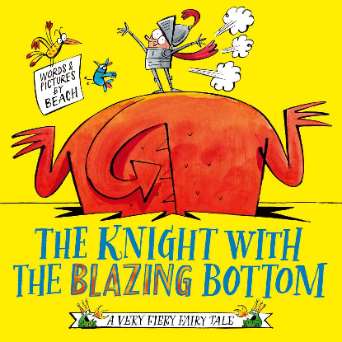 The Knight With the Blazing Bottom by Beach

The second book in the fabulously funny A Very Fiery Fairy Tale series. Sir Wayne and Dragon are back and on yet another adventure to get Dragon’s flame round the right way. Luckily Sir Wayne has an idea, if they do everything the wrong way around, then it will all swap back. But deploying this plan to everything including swapping how they dress, seems a little extreme – for some reason the plan goes a little wrong, with hilarious consequences. Brightly illustrated with wonderful rhyme, this book has the characteristics to become a firm favourite. 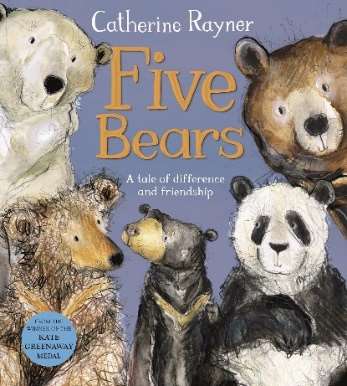 Five Bears is the stunning new book from CILIP Kate Greenaway Medal winner Catherine Rayner. Beautifully illustrated and sensitively narrated, it tells the story of Five Bears who are all strangers but soon learn the importance of being kind and accepting everyone. Readers follow Bear as he walks through the forest, minding his own business. He soon comes across another bear who is different. The two bears wander along, thinking different thoughts, and looking in different directions. Soon they come across another bear and then another bear and eventually they find a bear stuck in a tree. The bears realise that perhaps they aren’t that different after all and perhaps they could be friends. 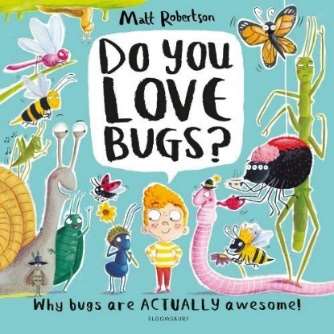 Do You Love Bugs? by Matt Robinson

Do You Love Bugs? is the perfect companion for a spot of exploring this summer. It covers 14 minibeasts with a full page spread of each species which is brightly illustrated and filled with fascinating and quirky facts. Who knew that stick insects can dance? That butterflies can smell like cake? Or that a grasshopper will spit on you if it gets angry? This award winning book has multiple layers of child-friendly information making it a bookshelf must for years to come. 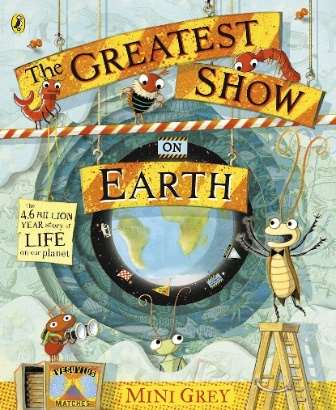 The Greatest Show on Earth by Mini Grey

The Greatest Show on Earth is a subtle introduction to the history of Earth; from the birth of Earth, to the age of bacteria, the era of dinosaurs and through to the moment of people (blink and you’ll miss it). Presented as an insect stage show, reminiscent of the circus in the movie A Bug’s Life, each and every page is packed with information. Running along the bottom throughout is a giant tape measure time-line that is managed by ants and depicts 1 million years for each 1 cm. This is the first non-fiction book by Kate Greenaway Medal winner Mini Grey, and she tackles the subject with wit, humour and heart. 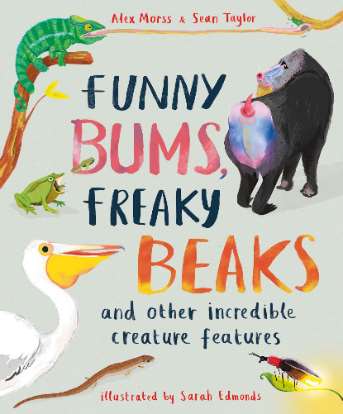 This is one of those books that sucks children in with the title and keeps hold of them throughout. The illustrations are stunning and the information is jam-packed. Each animal characteristic has its own paragraph, opening up plenty of scope for further discussion and the ability to dip in and out over time. Who knew the Australian Spotted Katydid has ears on its legs, or that the Naked Mole Rat has teeth outside its mouth?

The River by Tom Percival

The River is a wise and reassuring book all about a little boy called Rowan. He loves the river, it’s just like he is. On some days, it’s quiet and calm, on others it’s light and playful, and then there are the days when it roars along, wild and angry. But when Rowan goes through a particularly difficult winter, the river freezes – just like Rowan. The river teaches Rowan to find a way to release his frozen feelings, and allow the river to flow freely once more. Beautifully illustrated, this book delivers a powerful and comforting lesson. 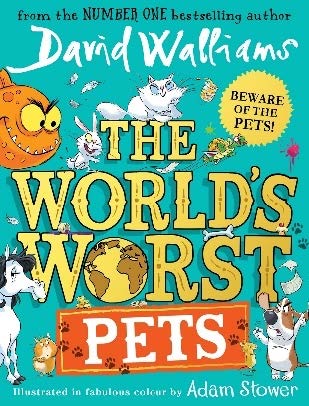 This latest release from David Walliams is a short story style book, making it perfect for both bedtime family sharing and independent reading for more confident pupils. Expect laughs galore as Walliams and Stower introduce Furp the Fish, Monty the Musical Dog and Zoom the Supersonic Tortoise, among many others. The book is presented with the usual signature crazy fonts and bright illustrations.

Ada Twist and the Disappearing Dogs by Andrea Beaty

The Disappearing Dogs is the latest in this engaging short-chapter series for newly independent readers. Presented in two-colour and with fabulous illustrations throughout, readers join Ada Twist and her fellow Questioneers as they try to solve the latest mystery. This time, there seems to be a pet thief on the loose. But as a scientist, Ada knows it’s important not to jump to conclusions and to follow the facts. How will they find out what really happened to the town’s pets? By using the Scientific Method of course! Through making a hypothesis, collecting data, and experimentation, the Questioneers must find the missing animals before even more pets disappear! 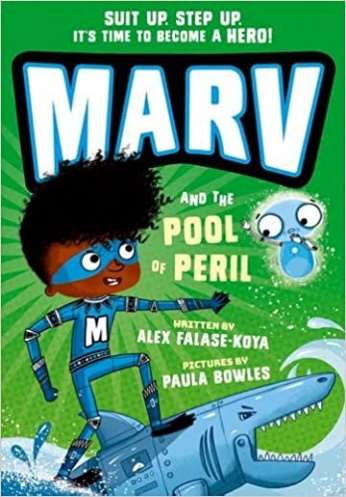 Marv and the Pool of Peril by Alex Falase-Koya

Marvin and his friend Joe are at the brand-new super-spectacular waterpark – WAVE WORLD! But despite the excitement, Marv’s reluctant to get in the water. Although Marv can swim, sometimes he gets struck by a fear of water that he calls ‘The Panic’. Marv uses excuse after excuse to stay out of the pool. Then someone shouts ‘SHARK!’ Shark!? It looks like a supervillain is up to mischief again. It’s time for Marvin to become MARV. But, even as a hero, overcoming his fear of the water is going to be a challenge. Can Marv defeat supervillain Shadow and her army of robot sharks to save the day? Presented in mini chapters and with two-tone illustrations throughout, this series is a hit with newly independent readers.

Spinning off from the Treehouse series, Treehouse Tales is full of laugh-out-loud adventures. It’s a ‘must-read’ for existing fans, but this new book is also perfect as a stand-alone introduction to the Treehouse and its inhabitants, Andy and Terry. It includes 13 mini tales enabling freshly independent readers to pick and choose the order in which they read. Needless to say, each of the 13 is as off the-wall as is to be expected from this comic duo and the pages are packed full of comedy illustrations (sometimes more illustrations
than words! – making it a relaxed fun read).

The Space Detectives are back and this time they must solve the case of a missing pet. However it’s no ordinary pet, it’s a synthpet, created by owners mixing different animals to make a totally unique one-of-a-kind pet. The missing pet has the body and legs of a cat, a duck’s bill, long rabbit-like ears and the scaly tail of a crocodile. A creature like that should be easy to spot, right? Not on Starville, the universe’s biggest space station where every inhabitant looks different. This series is a great first chapter book, with engaging illustrations and action-packed fun storyline.

Future Hero: Race to the Fire Mountain by Remi Blackwood

The first book in a major new series: Future Hero features short accessible chapters with humour and high-octane adventure. Jarell, an ordinary boy who loves to draw, is the chosen one to save the world of Ulfrika. When Jarell discovers that the fantasy world he is obsessed with doodling is actually real, he is launched into an incredible adventure. Ulfrika, the land of his ancestors, is in trouble and he is the hero they need. With the help of brave and wisecracking Kimisi, Jarell must stop the evil Ikala. The future of
Ulfrika depends on it. A winning blend of future tech gadgets and a fantasy world inspired by the mythology of Africa and its diaspora.

Maya and her Friends by Larysa Denysenko

Since the occupation of Crimea in 2014, Ukrainian families with children have had to live their daily lives in the shadow of the threat of war. Maja and Friends tells the story of ordinary Ukrainian children and their families in an accessible and colourful format for children.  Nine-year-old Maja has 16 classmates, all with different home backgrounds; Sofia’s father has disappeared in the battles against Russia. When the war ends, he will hopefully be found; Aksana lives with her father because her mother is dead; Hristina lives with her grandmother because her parents are working abroad; Petro is a Roma and has a huge family clan.
Parents: Please note that because this is a very topical and informative book, some of the stories are realistic. Please check you are happy before sharing them with your child. 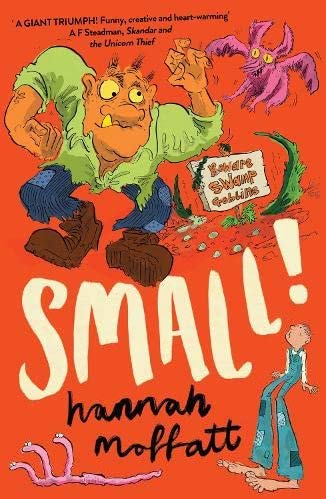 When Harvey accidentally sets fire to his headteacher’s trousers, his mum decides it’s time for a BIG change and sends him off to Madame Bogbrush’s School for Gifted Giants. Unfortunately Harvey is not a giant, he’s just a boy on stilts, which should be fine except the giants have a habit of bashing Smalls (AKA humans), so it’s imperative for him to keep his true identity secret. Cue much mayhem and pacey peril, paired with zany illustrations. This debut story combines hilarious antics with mystery, danger and unexpected twists to make an enjoyable summer read.