Home / Christian Pritchard appointed as next Head of Beechwood

Christian Pritchard appointed as next Head of Beechwood 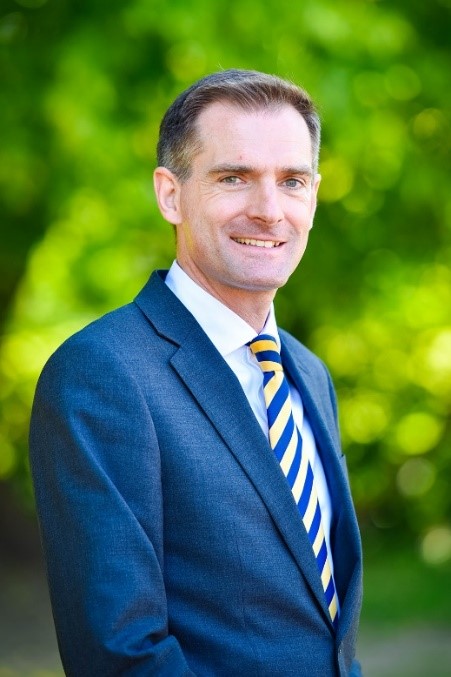 Beechwood has appointed Christian Pritchard as its new Head from September 2023, following a rigorous recruitment process that attracted a high level of interest.

Mr Pritchard, currently Head at Beachborough School in Westbury, Buckinghamshire, was educated in Northumberland and started his teaching career in Yorkshire. He then spent time overseas teaching and leading British International schools, around the world, from Taiwan to the Netherlands and the United Arab Emirates. In 2012, he returned to the UK as Head of Ranby House Preparatory School in Nottinghamshire.   He moved to become Head of Beachborough School in 2018 and he will join Beechwood after five very successful years there.

Mark Hammond, Chair of the Board of Governors at Beechwood Park said:

“The Board has been extremely impressed by Christian’s vision and strong academic, pastoral and leadership skills. He is highly regarded as a Head, and is ideally placed to take Beechwood Park forward over the next few years, building on its reputation as a leading co-educational day and boarding prep school”.

Christian will be coming to Beechwood Park with his wife Zoe who is a Primary and Early Years specialist teacher.  They have two teenage daughters, currently attending boarding school in Oxfordshire.

‘I am thrilled and delighted to be joining Beechwood Park in September 2023. It is a remarkable school with a very bright future, where children learn with a tangible buzz of excitement. After visiting the school this term, and meeting the children, staff and governors, I feel that Beechwood Park is perfectly placed to provide a world class, sector leading, innovative learning experience to the children of Hertfordshire and beyond, which is tremendously exciting! I look forward to meeting and joining the Beechwood community, in due course, as we embark on this journey together.’

Following the departure of current Head Ed Balfour in December 2022, Maureen Cussans will lead the School in the role of interim Head for the two remaining terms of the academic year, during which she will work closely with Mr Pritchard to ensure a smooth transition next summer.

Back to News
Spring Term Open Events at Beechwood