News from the Senior Department

This week I had my first Pupil Voice meeting of the term with Senior Department representatives from each form group:

It was fantastic to hear the thoughts of pupils from Years 6, 7 and Top Form on a variety of issues such as rewards; sanctions; behaviour and uniform.  We also talked about how to take part in a meeting; the expected etiquette, and the fact that you should expect biscuits!

We were lucky enough to be joined by Mrs Cussans, who enjoyed meeting the pupils and being part of the discussions.  I was so impressed with their maturity and thoughtfulness. They certainly represented their form groups very well.

They have definitely given me lots of food for thought, and I have a plethora of ideas to take forward now to the next stages. Not least of all the types of biscuits they prefer!

It was wonderful to welcome the Redheart Theatre Group to Beechwood this week for a thrilling performance to Top Form pupils.  Head of School Aidan Burger has written a review of the performance:

This week on Halloween we had an exciting visit from a professional actor who runs the Redheart Theatre Company. He performed two thrilling gothic tales. The first was “ The Red Room”  by HG Wells,  and the second was the “Tell Tale Heart” by Edgar Allan Poe. We had previously studied these stories in our English lessons, so it was wonderful to see them brought to life on stage.

‘The Red Room’ tells the tale of a naive young man who spends the night in the Red Room at Lorraine Castle. Many believe the Red Room to be haunted but this does not faze the narrator until he starts to sense a presence in the room and his candlelight is extinguished. He takes a fall in the night, and when he wakes with concussion the following morning, he understands what truly haunts the room: Fear itself.

In the “Tell Tale Heart ” the old man with whom the narrator lives has a clouded, pale, blue “vulture-like” eye. It distresses the narrator so much so that he plots to murder the old man. For seven nights, the narrator opens the door of the old man’s room to shine a sliver of light from his lantern onto the evil eye. On the eighth night, death is in the air. Has he finally done the deed?

We all thoroughly enjoyed the performance and there were plenty of spine-chilling moments, which had us on the edge of our seats. It was a spooktacular Halloween treat! 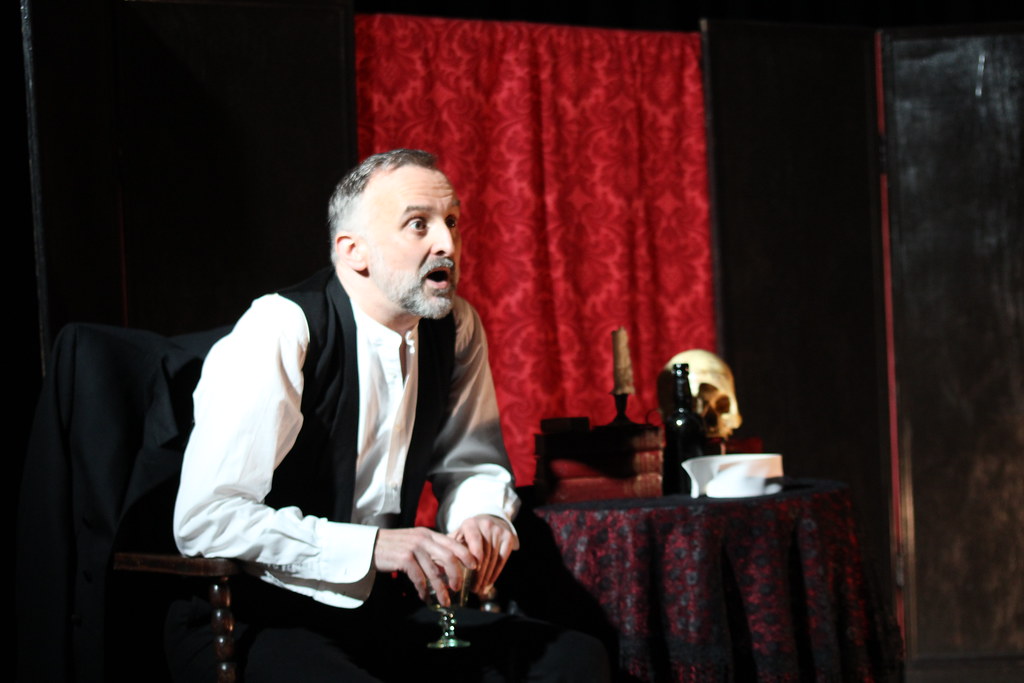 Over the holidays, the pupils were tasked with choosing a scene from the novel and depicting this in a diorama form. The results have been absolutely stunning and the English Department staff are very impressed with the very high-quality work on display in the South Corridor. Pupils in other year groups have also enjoyed looking at the dioramas.

You can see examples of the the children’s work below: 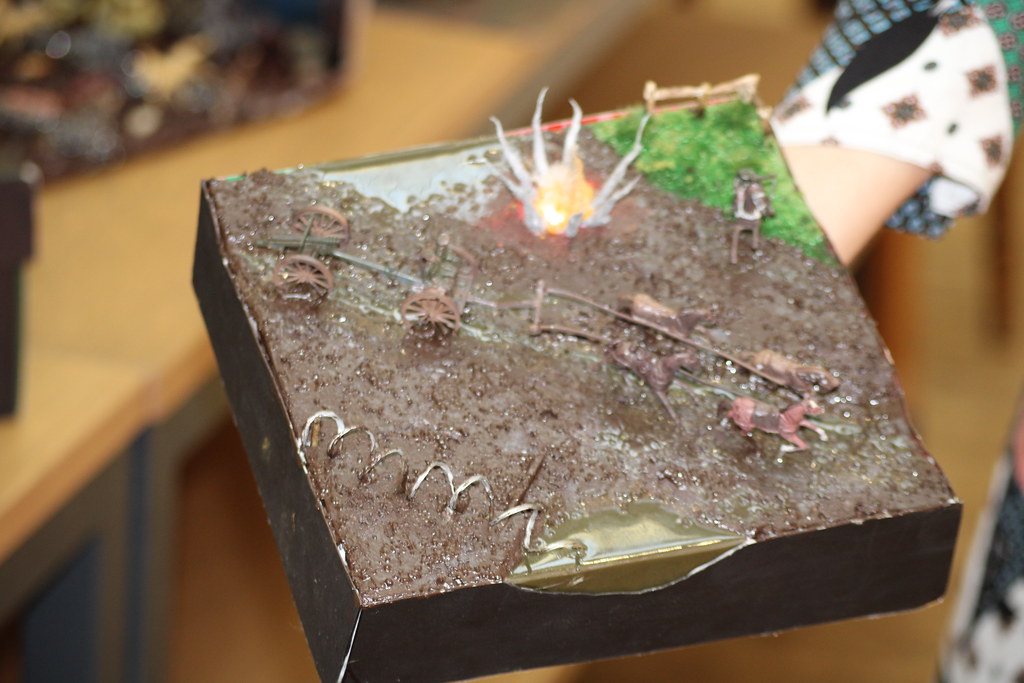 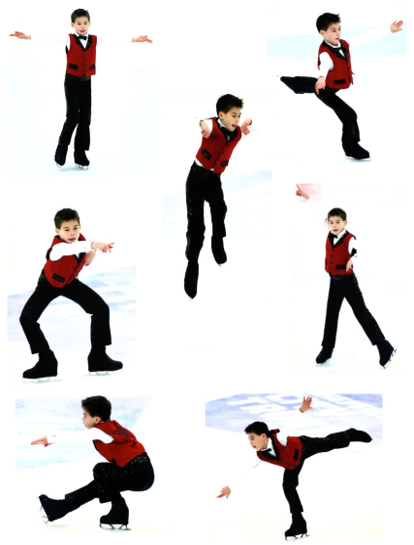 He competed in the Beginners Free Skating category against nine other boys and was placed fourth overall. He achieved a higher score than the coaches expected, rising to the occasion.

From the Maths Department

How can packs of Smarties help us with Maths? Well, after a discussion about how many portions are in a packet (can you believe it’s two?!); how the packs come in sets of four now; and how the hexagonal prism tube packets tesselate when you stack them on top of one another, we got down to the nitty gritty of ratios and started making some predictions. 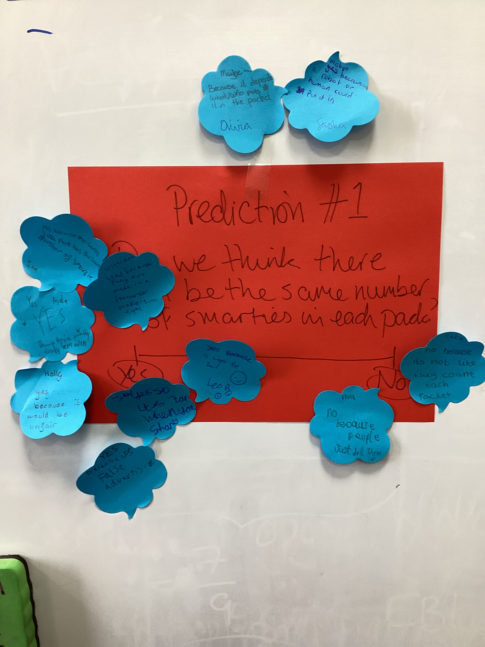 Before opening any packets, we had to predict whether there would be the same number of Smarties in each packet. Here are some of our theories:

It turned out that each packet had 29 smarties. Interesting, how is this 2 portions? Who eats half a Smartie?

We then considered the next prediction question: 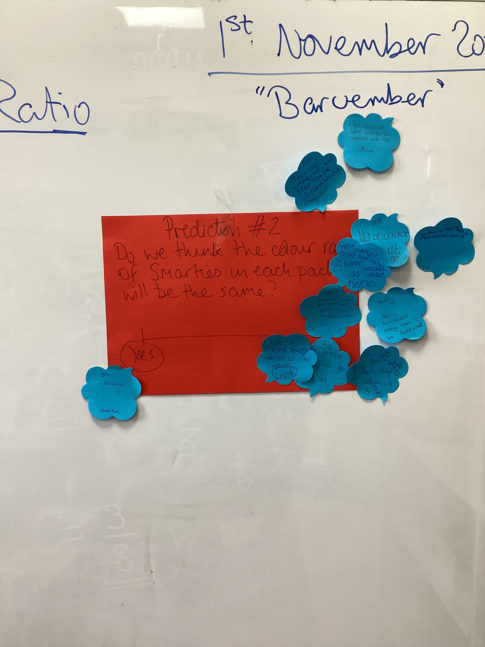 Do we think the colour ratio of Smarties will be the same in each pack?

This was a bit of a landslide victory in favour of ‘No’ and we pretty much agreed that it might not get a lot of thought in the factory (there were some personal experiences shared at this point!)

Now for the Maths:

How many ratios can we create with our packs of Smarties?  We had lots of different strategies, from logical and patterning approaches; to numbering the amount of each colour; and using coloured texts to compare the ratios.

We then shared our observations in the group and some people extended their learning to include comparisons using proportion as well as ratio. 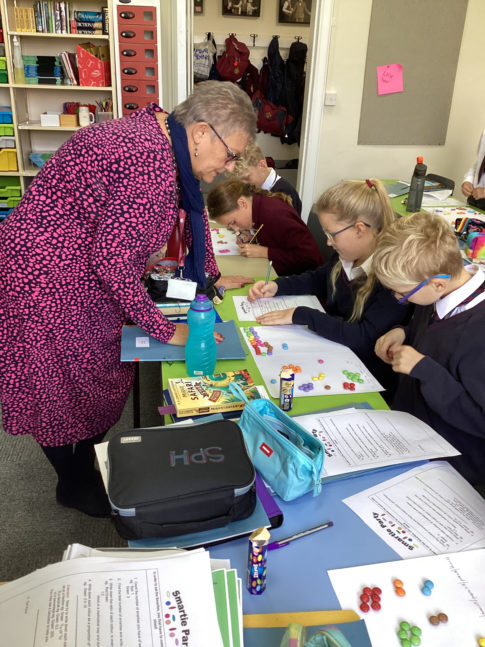 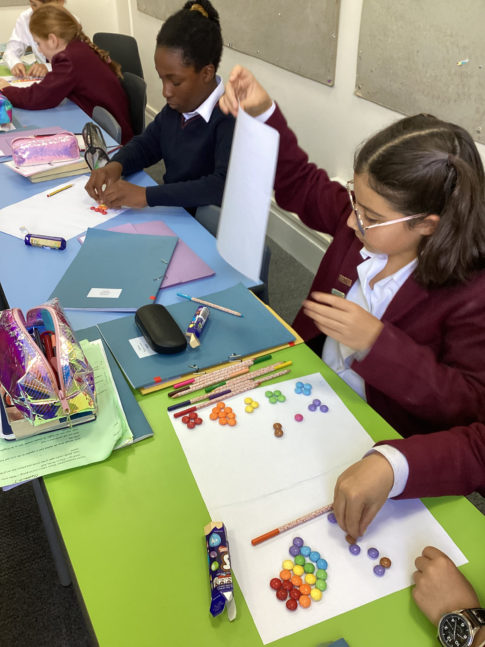 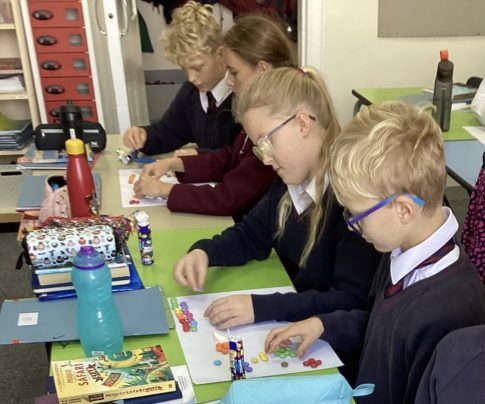 Who knew Maths was so delicious?

Barvember 2022 is here and we are delighted!  White Rose Maths will be sharing five problems every school day in November, which we will be using in lessons to explore the magic of using a bar model to problem solve. We will have weekly winners from all those who have displayed the technique successfully.

Lots of problems will be shared on the Maths Twitter account and we welcome ‘grown ups’ to have a go! We were successful in winning some prizes last year, Mrs Oatham was overjoyed  when she received a Tiny toy.

The thinking behind the process is to use the bar model when solving a plethora of problems as it helps pupils to think about a problem from another point of view.

We hope you will all enjoy putting your thinking caps on and giving a problem a go. To warm you up we have a few problems to solve at your leisure here! 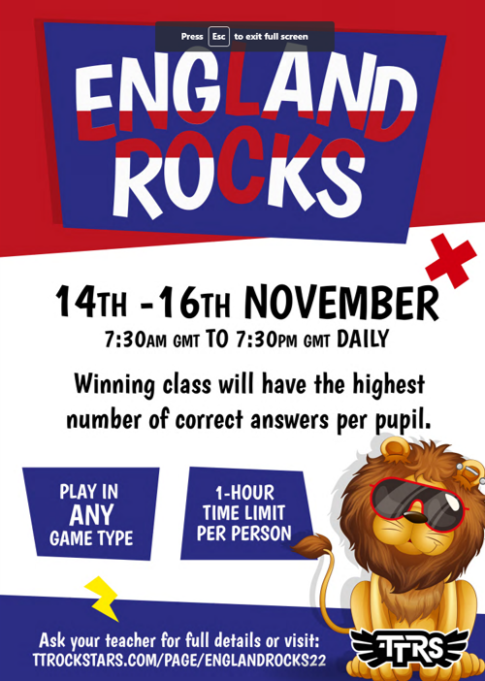 Children can play in any game-mode with every correct answer to a multiplication or division question, earning themselves, their class and the school a point. The Times Tables Rock Stars platform will calculate the class average (the number of correct answers per pupil in the class who play during the competition hours, subject to a daily 60-minute limit (see below)). Winning classes in the school and in the competition as a whole will be the ones with the highest average.

In the spirit of the competition, please don’t play on their behalf but by all means encourage and support them to the extent that it doesn’t cause high stress levels or impact on family plans.

From the Senior Library 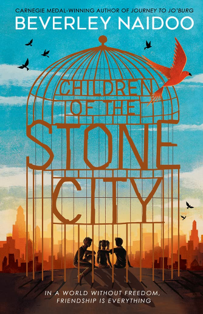 Children of the Stone City by Beverley Naidoo

A thrilling, resonant and inspiring novel about justice, privilege and the power of the young to strive for change from Carnegie Medal winner Beverley Naidoo.

Set in a world where Adam and Leila and their friend Zak live as Nons under the Permitted ruling class. Then, when Adam and Leila’s father dies unexpectedly, their mother faces losing her permit to live in the Stone City with deportation to where she was born. Before music-loving Adam can implement his plan to save Mama, Zak is arrested for a bold prank that goes wrong, with far-reaching repercussions for them all

Please can all ‘Read for Good’ donations be paid online by 11 November (no cash to be brought into school) and for your children to return their sponsorship forms to their Class or to their English teachers.  Thank you in advance.

Congratulations to this week’s recipients of Mr Balfour’s Commendations: